This despite a dramatic drop in outbreaks at care homes
Apr 1, 2021 9:51 AM By: Staff Reporter 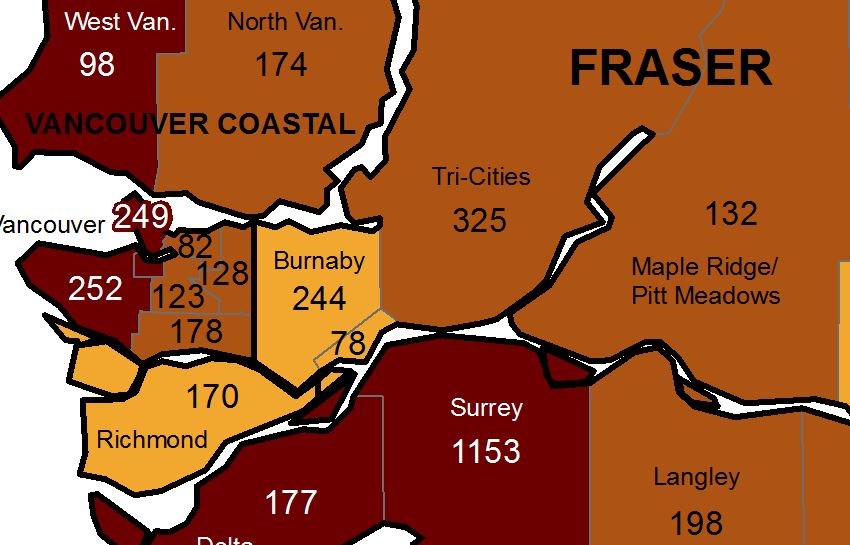 A graphic of cases from March 21-27.BCCDC

New COVID-19 cases in New Westminster jumped to their highest level in more than two months, according to the latest data from the BC Centre for Disease Control, despite a drop in outbreaks at long-term care homes.

With a record 1,013 new COVID-19 infections reported on Wednesday, B.C. has passed the 100,000 threshold for total known cases.

The province lists 7,405 people as actively battling infections, and 1,458 people as having died, which leaves 119 people unaccounted for, with provincial officials having told Glacier Media that a likely reason being that the individuals left the province and did not update authorities.

Health officials are closely monitoring another 11,468 people for symptoms because they have had known contact with individuals identified as carrying the virus. That is the highest number since December 11, when officials were monitoring 12,008 individuals.

The spread of mutant strains of COVID-19 continues to be a concern because they are thought to spread more easily, and have been linked in B.C. to causing an increase in intensive care visits among younger people who have been admitted to hospital.

The province, however, did not release any new data related to the variants because of what it called a "delay in the sequencing analysis."