The Dawson Creek Mirror has learned Blair Lekstrom has resigned his position of Community Liaison to the Premier as it relates to the Caribou Partnership Agreement.
Jan 23, 2020 8:48 PM By: Rob Brown 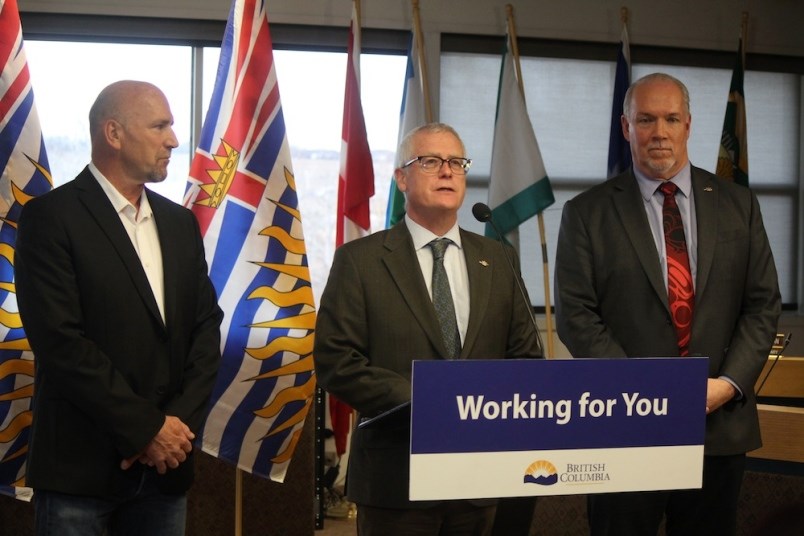 By summer of last year, Lekstrom had a caribou report drafted for Horgan.

The Dawson Creek Mirror has learned Blair Lekstrom has resigned his position of Community Liaison to the Premier as it relates to the Caribou Partnership Agreement.

“I would first like to say thank you for the opportunity you provided to myself to try and find a solution to the issue that has been created which was, the document was adamantly opposed by the vast majority of people who live within the impacted region,” he said in a resignation letter to Premier John Horgan today.

“You recognized that it was a mistake to negotiate the Partnership Agreement for 18 months behind closed doors and then only after it was completed present it to the public, business, industry and local governments.  I give you credit for recognizing this mistake and as a result I was engaged by yourself to speak with local governments, industry, back country users and the residents of the region to try and find a path forward.”

Lekstrom says that simple changes that could have been made to the agreement would have kept most happy.

“I want to be very clear that the changes to the agreement that I have and will continue to speak about are a number of small text additions to the document which speak to the inclusion of the local governments within the impacted area of the agreement,” he said.

“Nothing presently included within the document needs to be removed other than what I put into my report under recommendation #6. This recommendation speaks to the Klinze-sa Park expansion as well as the West Moberly woodland license, both of which were negotiated and agreed to before the development  of this agreement and should stand by themselves outside of the Partnership Agreement.”

By summer of last year, Lekstrom had a caribou report drafted for Horgan.

“I developed a report and on June 20 we stood together in Vancouver and released that report to the public. In my report I spoke about the need to rebalance the agreement to be more inclusive of those who live and work in the region and I made 14 recommendations that I believed would help move this file forward and gain the support for the document that is so sadly missing at this time. Unfortunately after receiving your response letter to the Peace River Regional District dated January 16th, 2020 it is clear that there is no intention on adding any text to the draft agreement that would see the inclusion of local government written in,” noted Lekstrom.

“I respectfully disagree with your conclusion that a solution can be found without adding some text to the agreement. Being written into the Partnership Agreement as participants at the Caribou Recovery Committee has been the primary request from local government from the first day I was engaged to look for a path forward.”