The honour of being Dawson Creek’s 2020 Youth of the Year went to someone who showed a heart for charity, a willingness to volunteer, and a variety of interests. Kendyl Stark, a Grade 12 South Peace Secondary student, won this year’s award.
Jan 20, 2021 7:23 AM By: Dillon Giancola 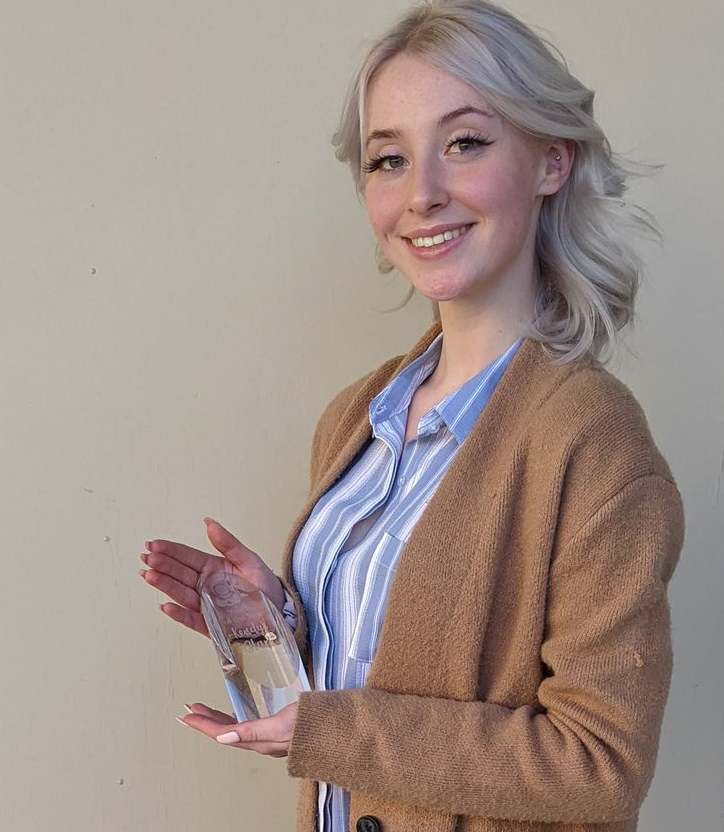 “That didn’t go to far, but I enjoyed trying to make that connection. I’m excited to be able to get out and make a change."

The honour of being Dawson Creek’s 2020 Youth of the Year went to someone who showed a heart for charity, a willingness to volunteer, and a variety of interests.  Kendyl Stark, a Grade 12 South Peace Secondary student, won this year’s award.

“I was so excited when I found out, it’s very gratifying,” Stark said. “I worked so hard on a lot of things, and I just try to embrace the different passions I have.”

Over the last year, Stark held her second Because I am a Girl fundraiser — a bake sale as well as a pumpkin carving contest, with the proceeds sponsoring girls in Cameroon and Cambodia, in hopes of keeping them out of childhood marriages and inside the education system. She was also a member of her school’s Me to We group, as well as vice president of the Student Advisory Council, in addition to acting and leading at the Dawson Creek Choral Society.

“Ms. Stark is an exceptional youth in our community. Over the past five years, I have seen her blossom as a leader among her peers, both within and outside of her school community. Each year, she holds fundraising and spirit events to support the Because I Am A Girl Foundation, to provide food security, social support, and medical access to girls around the world. Ms. Stark was recognized as Penguin of the Month in January 2020, at which time she was the Vice President of the Youth Advisory Council. Kendyl is a senior member of the DC Choral Society Vivace Youth Choir, where she spearheads fundraising efforts and choir promotions. She is a mentor and role model to her younger peers, an inspiration to all around her, and an exceptional member of our community well-deserving of recognition,” read her nomination, written by Caitlyn Triebel of the Choral Society.

Stark raised $1,000 from her fundraiser this year. She became interested in humanitarian efforts since Grade 8, and in Grade 10, her interest in these kinds of issues ramped up when her teacher, Miss. Corcoran, encouraged and inspired her.

“(Corcoran) was a huge inspiration to me for volunteering, her passion and drive to help others was really inspiring to me,” said Stark.

“My vocal coach was a big inspiration to me as well, so willing to help others, willing to teach other people. A big part of my journey to being able to speak in front of crowds and be confident in my abilities is from the choral society,” said Stark, speaking of Triebel.

Stark’s efforts to participate in groups during the 2020-21 school year has been hampered by the pandemic, but has done as much as she’s been able to. As part of the Youth Advisory Council, she was part of an effort to meet with the city and try to bridge the gap between city council and students, and let them know what kids were thinking.

“That didn’t go to far, but I enjoyed trying to make that connection. I’m excited to be able to get out and make a change,” Stark said.

She is currently applying to colleges, where she hopes to take a bachelor of arts in international relations, before going to law school.

“I want to say thank you to the city for recognizing me, and to those who supported me through this, to my parents, and to everyone that encourages me to help others.”