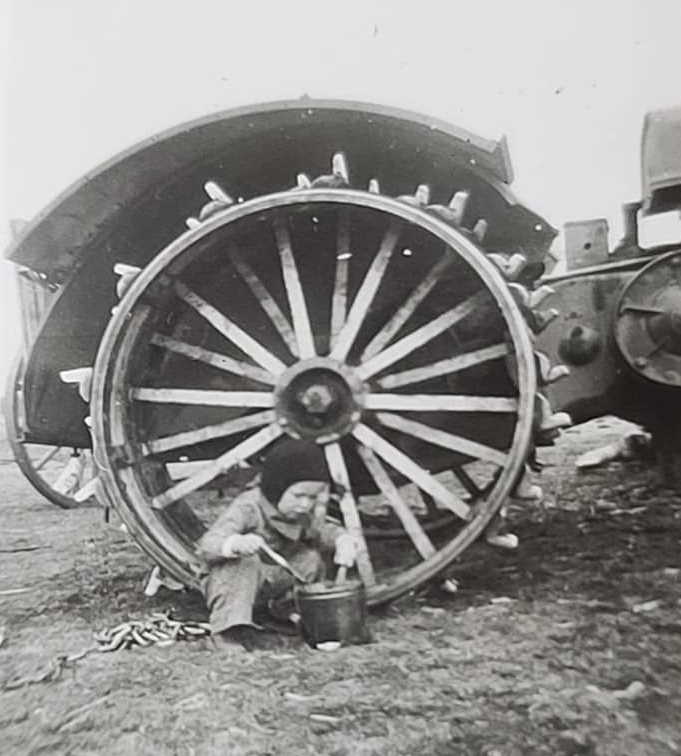 Historical photograph of a child next to what's believed to be an older model of John Deere tractor identified by followers of the Peace River History BC/Alberta group on Facebook.

The hunt is on to find the owner of a photo album found in Dawson Creek that may date back to the 1930s.

Fort St. John Public Library's Tanya Boyd says a patron dropped off the album after finding it at the local Salvation Army.

"They weren't sure about how best to go about finding the owner, so they brought it to the library," said Boyd. The patron would like to remain anonymous. 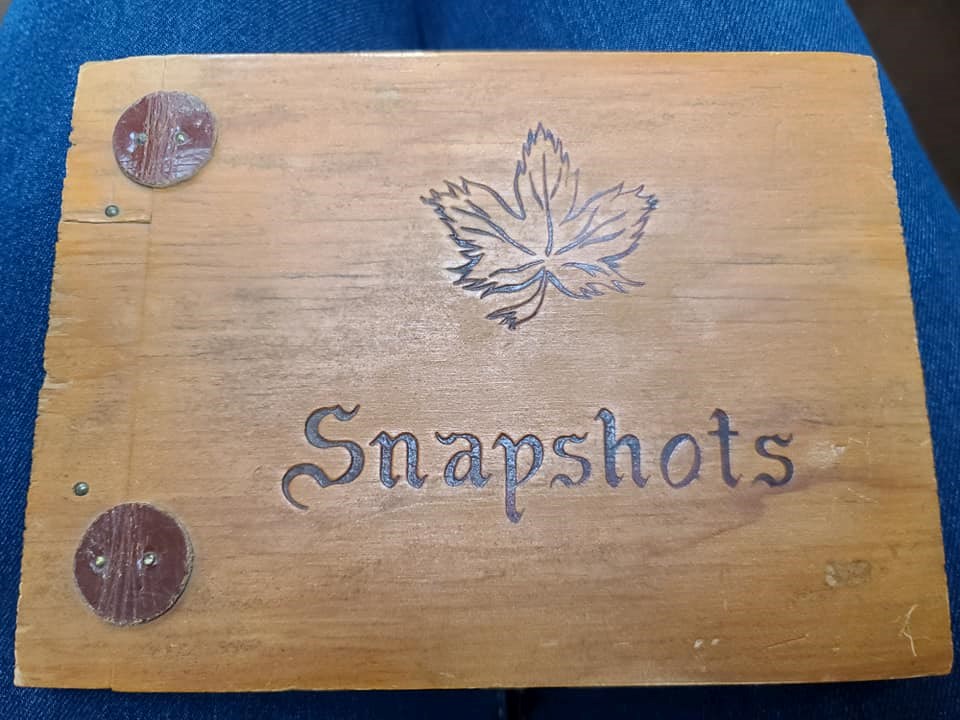 The cover of the photo album in question, emblazoned with a leaf.

Boyd then posted about it on a local online history page, seeing if she could track down the rightful owner.

So far, no one has claimed the book of black and white photos, which appear to have been taken as early as the 1930s. It's suspected the photos were taken somewhere in the Peace region. 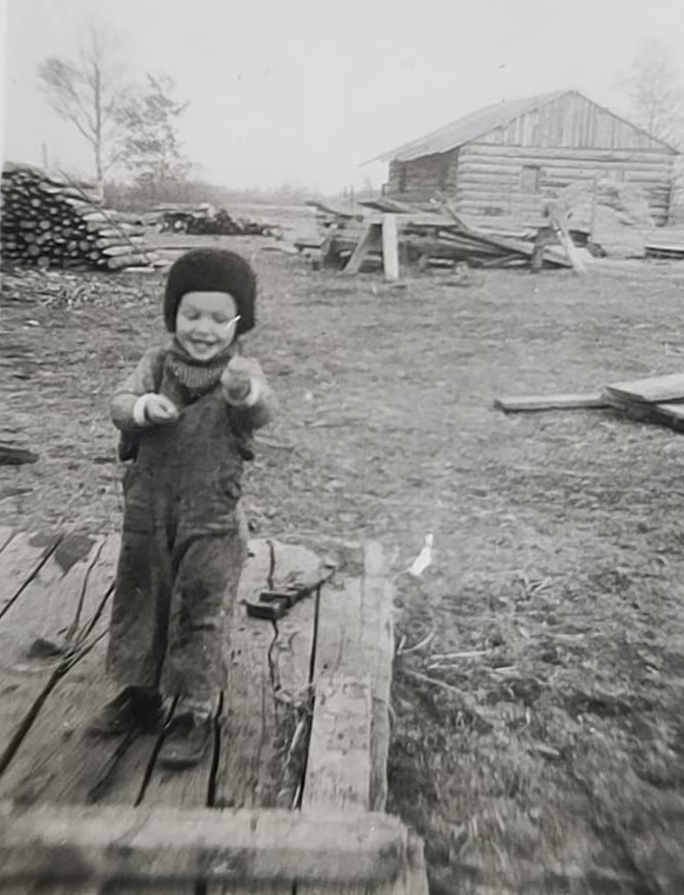 Historical photograph of a young child, age and name unknown, taken from an old photo album found in Dawson Creek.

"We actually had a call from someone in Grande Prairie who thought maybe it was theirs, but turned out not to be," said Boyd.

"It's getting a lot of attention, so that's cool. It's not everyday you find old pictures like this."

The dates are only a best guess, based on an older model of truck noted by commenters in one of the photos on Boyd's post. 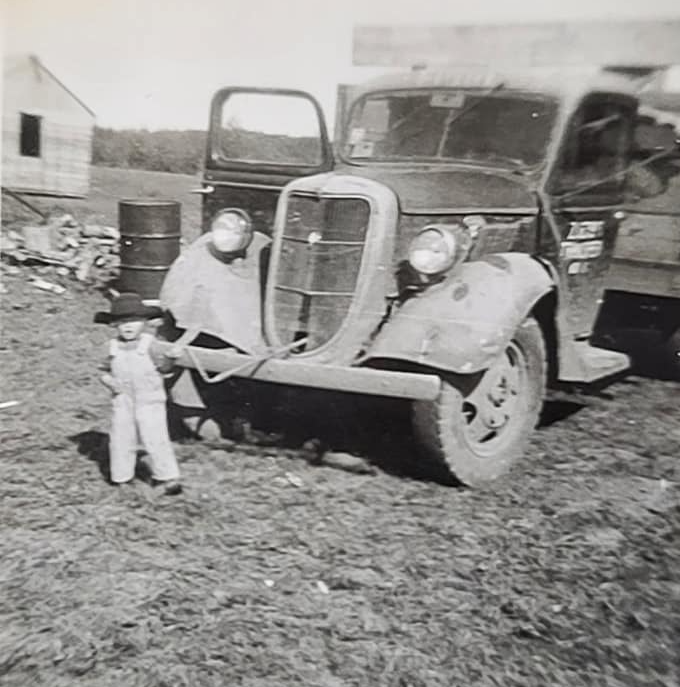 Historical photograph of a child next to what's believed to be a 1935 Ford pickup truck identified by followers of the Peace River History BC/Alberta group on Facebook.

Know who the folks in the photo might be? 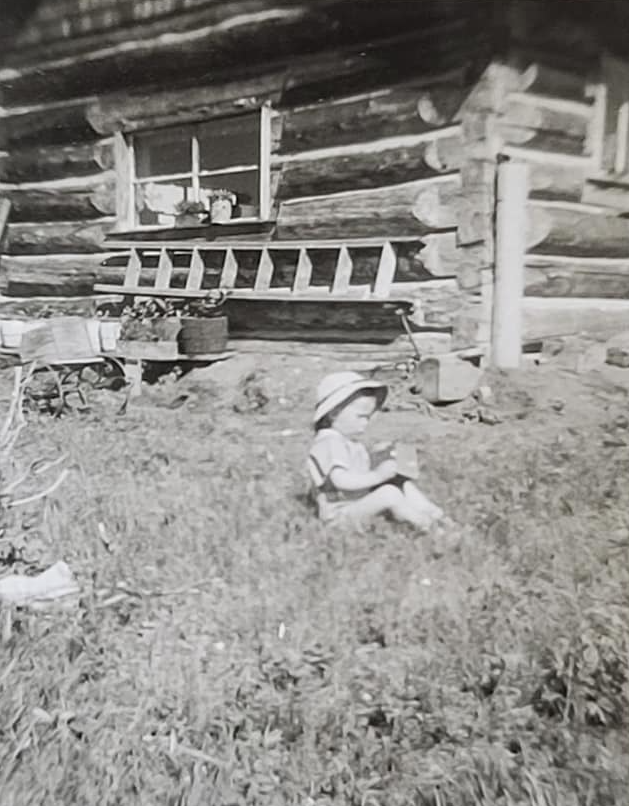 Historical photograph of a young child, age and name unknown, outside a log home, found in an old photo album found in Dawson Creek.