Two Alberta families left the farming business with a bang on Wednesday.

The Nobbs and Marshall families both from Bonanza, called it quits March 30, selling their farm properties and equipment at a record-setting auction that brought in more than $24 million.

Ritchie Bros. Auctioneers says 2,200 bidders from 26 countries took part in the nine-hour auction. They were joined by more than 1,300 bidders online.

When reached, Danny Nobbs said it was an emotional day for him and his family.

"It's just time for a change," Nobbs told the Dawson Creek Mirror, citing health issues related to stress. "We decided to make life easier on ourselves." 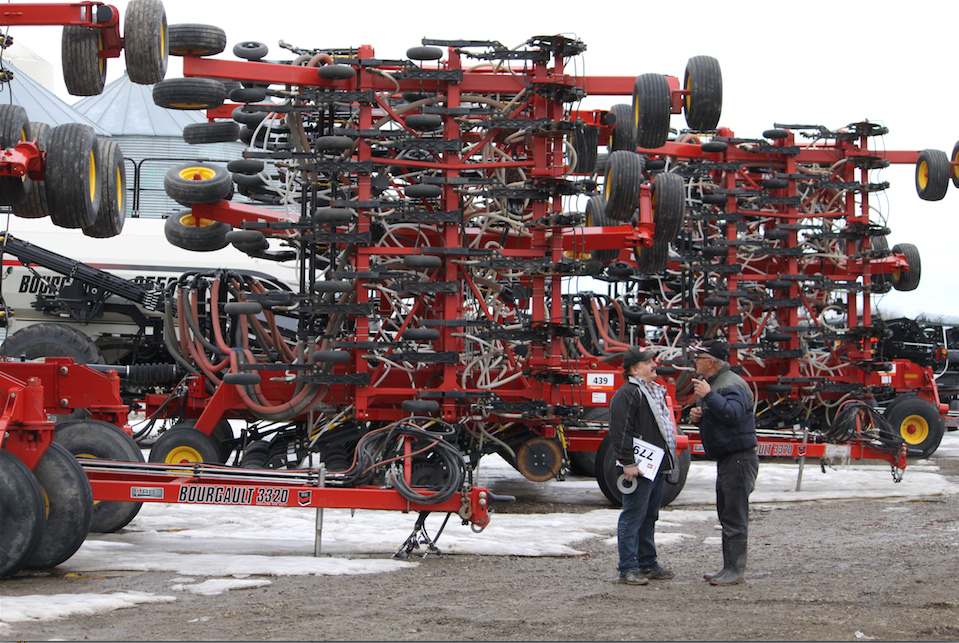 More than 7,400 acres sold for more than $13 million, about double the norm for the area, Nobbs said.

As well, more than 800 pieces of equipment sold, including five 2015 quadtrac tractors that went for $2 million.

So what's next for the Nobbs?

"Not sure yet," Danny said, adding that the family is going to take some time to evaluate their next move.