The Ministry of Transportation is seeking support from the Peace River Regional District in hopes of securing federal funds to upgrade several bridges in the Pine Pass.

Targeted areas include bridges at Big Boulder Creek, Martin Creek, and Lillico Creek east of Lemoray, according to an Aug. 19 letter to the PRRD.

Bryan Crosby, the ministry's northern region planning manager, says the ministry needs information on the significance of the highway to residents and the economy, as well as the "impact of prolonged of highway closures on community quality of life, the provision of services and goods to the PRRD, or any other negative effects the PRRD may have experienced during the closure of Highway 97 due to flooding.”

“Catastrophic flooding events have occurred on this segment of Highway 97 in 2011 and 2016, resulting in long closures, hundreds of millions of dollars in damage and years of recovery work," Crosby wrote.

"It is expected that changing climate conditions may increase the likelihood of large flooding in the Pine Pass. Consideration of the changing climate and extreme weather events are incorporated into all new structures built by MoTI." 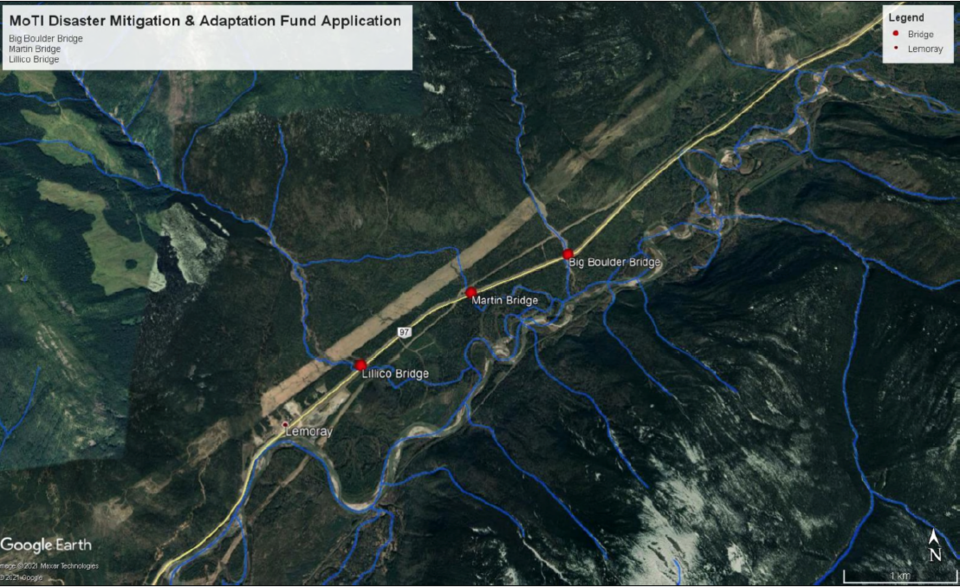 Funding would be made available from the federal government’s Disaster Mitigation and Adaptation Fund, covering up to 50% of construction costs. No financial backing is being sought from the PRRD, Crosby noted in the letter.

"While MoTI has a long-term plan to replace aging structures on Highway 97, securing federal funding support enables MoTI to pursue this goal at an accelerated rate," Crosby wrote, noting there’s no guarantee the ministry will be successful in its application to the fund.

PRRD directors will discuss the request at their Sept 9 board meeting.