How much lawyer leverage does ICBC have?

Most motor vehicle personal injury lawsuits in B.C. seek compensation for injuries. But sometimes the behaviour of the defendant or insurer is so outrageous it warrants additional damages to compensate for and to punish extreme behaviour.
Jun 7, 2018 5:20 PM By: Dawson Creek Mirror Staff 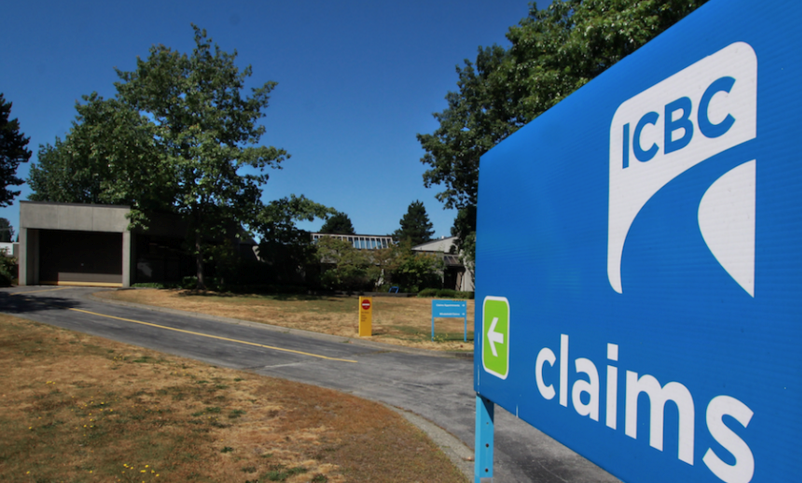 But sometimes the behaviour of the defendant or insurer is so outrageous it warrants additional damages to compensate for and to punish extreme behaviour.

What happened to Danica Arsenovski, for example, was odious.

In 2016, a BC Supreme Court ruling found the Insurance Corp. of British Columbia (ICBC) and one of its special investigations officers were liable for conduct “so high-handed, reprehensible and malicious” that it offended the court’s sense of decency.

The court found the officer had maliciously prosecuted Arsenovski, recommending she be charged for making a false statement to the insurer, without reasonable grounds for believing she had.

The court awarded Arsenovski – whose husband had been non-fatally hit by a car while crossing the road – $30,000 for emotional distress and $350,000 in punitive damages.

Lawsuits in which aggravated, punitive or exemplary damages are awarded are uncommon, but they can be an important part of a plaintiff’s legal strategy.

The ability to sue ICBC for bad faith, for example, can hold the Crown corporation to account in a court of law for malicious conduct.

Alleging bad faith can also serve as a tactic for securing a higher settlement out of court.

But research by Business in Vancouver shows that some personal injury law firms are contractually prevented from pursuing such strategies.

All firms that take on ICBC defence work sign strategic alliance agreements – contracts worth up to millions of dollars each year that legally prevent them from alleging bad faith or from suing ICBC for punitive or exemplary damages, even in cases where they represent plaintiffs.

“If you’re a defence lawyer or have a lot of defence files at your firm, you’re not going to be … taking some really aggressive approaches against ICBC when ICBC is being unreasonable. So it does hand-tie you a bit,” said Wes Mussio, managing partner at Mussio Goodman, a Vancouver plaintiff-only personal injury firm.

“In all honesty that would be something that has to be disclosed, but I don’t think it is unless somebody asks.”

The practices of some of the firms on the list are limited to ICBC defence work, but most also take on plaintiff-side work, and ICBC has confirmed that all law firms it works with, and every lawyer at those firms, have agreed not to advance claims for punitive, exemplary or bad-faith damages while under contract.

According to Christopher McDougall, managing partner at the plaintiff-only firm Preszler Law BC, true bad-faith claims are “very rare,” but threatening a bad-faith claim can be a useful tactic for moving a case forward.

“That’s a tool that we can use to try and get [ICBC] to bend over and agree with what we were suggesting all along,” he said.

“If a lawyer works for ICBC, they may be conflicted out of making a bad-faith claim, either ethically or contractually. So there is at least one tool that might be taken away from somebody who has an ICBC contract.”

The Law Society of British Columbia (LSBC), the professional regulatory body for lawyers in B.C., has on a couple of occasions addressed whether an ICBC defence firm’s strategic alliance agreement with the insurer creates a conflict of interest in the firm’s plaintiff-side work.

In 2006, an LSBC bencher’s bulletin confirmed that lawyers working for ICBC must advise plaintiff clients of their relationship with ICBC, of the restrictions the lawyer is under and of the implications of those restrictions.

The recommendation to disclose the information is an ethical, not a legal, obligation. It doesn’t prevent lawyers from handling ICBC plaintiff files.

“I think there’s a problem there,” Mussio said, “because invariably if an adjuster takes a hard line on a file and denies a claim for simple benefits such as temporary total disability benefits, one of the strategies you can use as a plaintiff lawyer is to sue ICBC for bad faith or punitive damages, and the way the current rules are is you can’t do that if you have defence work in your firm.”

Individuals have the ability to bring forward complaints against lawyers to the LSBC.

The complaint process is kept confidential, but one complaint review involving a firm’s strategic alliance agreement with ICBC was shown to BIV. In it, an LSBC review committee said the particular lawyer “ought to have disclosed” his relationship with ICBC to his client more fully at the outset of the retainer agreement – but that the omission did not constitute evidence of professional misconduct or incompetence.

The plaintiff and the firm disagreed on whether the ICBC relationship had been made clear verbally, and the LSBC committee took no further action on the file.

The records acknowledge that the law firm voluntarily changed its retainer agreement to reflect the firm’s relationship to ICBC.

“You’re going to have some of the best lawyers in the province who do both plaintiff and defence work at the same time, and if you have one of those people as your lawyer, you have absolutely no concern,” said McDougall.

Even so, there remains “a perception issue,” he conceded. “We want to be able to tell clients that we only work with plaintiffs and never insurance companies.”

In 2007, the BC Supreme Court removed an arbitrator from an arbitration between claimants and ICBC after finding that a “reasonable apprehension of bias” existed because of the arbitrator’s involvement in an “ongoing financial advantageous relationship” with ICBC that had not been disclosed. The judge was clear he had found no evidence of bias resulting from the arbitrator’s agreement with the insurer. There was, however, the issue of perceived potential for conflict of interest.

ICBC wrote to BIV that it does not prevent the defence firms it contracts with from representing plaintiffs in other cases, and that a lawyer would declare a conflict if he or she thought claims for punitive, exemplary or bad-faith damages should be given consideration.

In 2017, ICBC paid $353 million in legal costs, most of which was for plaintiff legal fees and disbursements, according to the insurer.