Canadian Natural Resources has asked the Peace River Regional District to reconsider its decision to decline the nomination of 1,400 wells for priority cleanup and reclamation. Board directors declined the request Sept.
Oct 7, 2020 1:20 PM By: Tom Summer 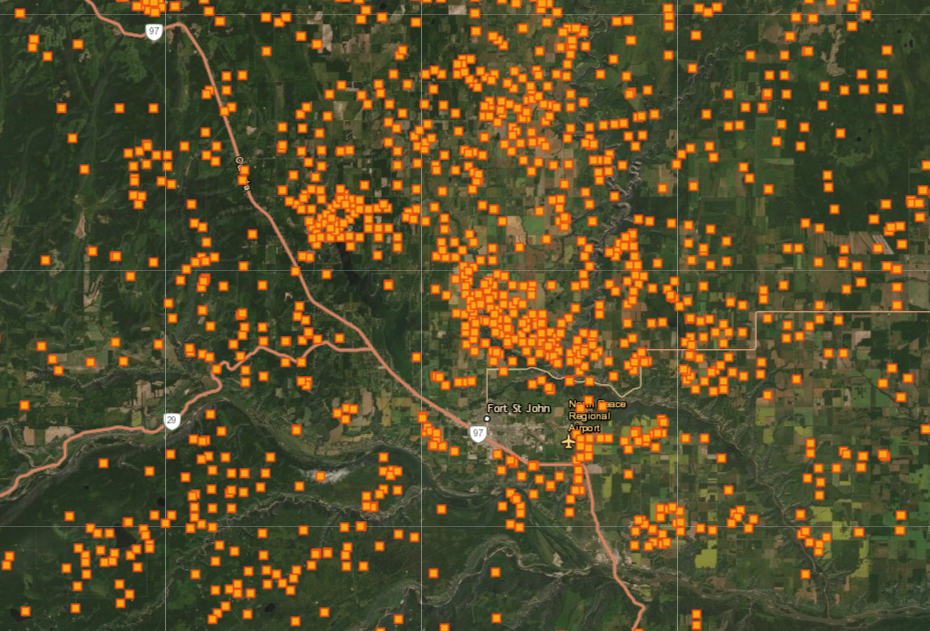 Canadian Natural Resources has asked the Peace River Regional District to reconsider its decision to decline the nomination of 1,400 wells for priority cleanup and reclamation.

Board directors declined the request Sept. 10, saying they were unconvinced CNRL would support northeast B.C., and claimed the company has a history of hiring outsiders over local contractors.

In a response letter, CNRL says it failed to provide enough details about its program and benefit to local contractors, noting that 78% of its total $123 million spend on abandonment and reclamation since 2018 has gone to B.C. contractors in the district.

"Canadian Natural, and BC service providers, have developed innovative abandonment and reclamation procedures that have reduced cost by up to 50%," CNRL Senior Vice President Bill Peterson wrote in a letter received Sept. 21.

"Expanding this shared knowledge to additional BC contractors over the next two years under the Program will empower those contractors to be more competitive for all BC oil companies; building a solid base for the future."

The letter was posted as correspondence on the Oct. 8 meeting agenda, but has since been removed.

The $100-million Dormant Sites Reclamation Program was announced in April, and split into two phases of $50 million. Nominated sites from local governments, landowners, and First Nation communities are to be given priority consideration for the second phase.

The reclamation program is eligible for B.C. contractors only, and pays the contractors through direct grants, not the oil company. In September, PRRD directors expressed concern the company was seeking government money for wells they are already obligated to clean up.

In his response, Peterson agreed the comapny should be doing the work on its own, but noted "Canadian Natural has done the most work of all oil companies in BC" when it comes to reducing its year-over-year liabilities.

He added that nominating a site is not a guarantee for funding, but increases its chances.

"We prefer to use local services where possible but bring in expertise from other jurisdictions as needed," Peterson wrote.

"We have worked with many BC service providers over the past few years ... and agree we are capable of increasing the capacity and capability of local contractors in the District. An added local benefit of the Program is that it will force Alberta run companies, such as Canadian Natural, to use 100% BC operated contractors."

The province estimates the cleanup program will create 1,200 jobs.

Meanwhile, a group of Charlie Lake residents have also asked the PRRD to help them nominate four sour gas wells near Old Hope Road, which date back as early as 1952 and as recent as 2007.