Dawson Creek’s Johanna Martens has been the lead contractor for the ice carving portion of Fort St. John’s High On Ice festival for 10 years now.
Mar 4, 2021 11:41 AM By: Dillon Giancola 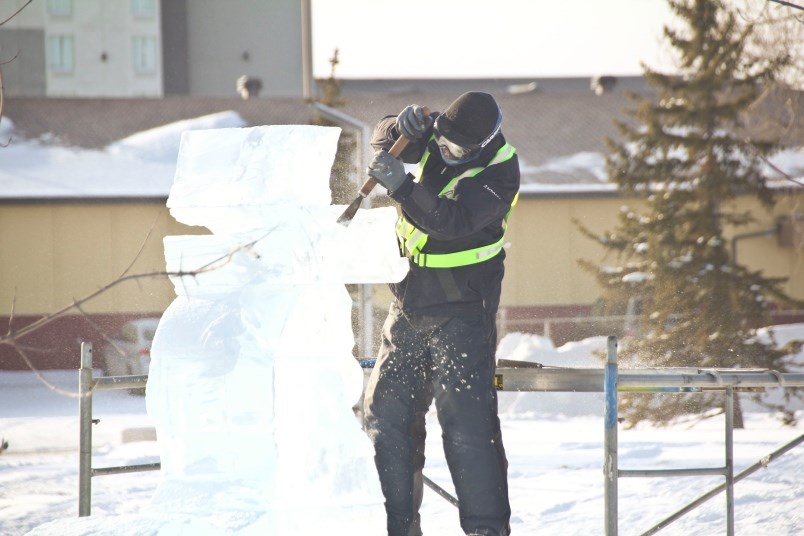 Dawson Creek’s Johanna Martens has been the lead contractor for the ice carving portion of Fort St. John’s High On Ice festival for 10 years now. However, this year, she and everyone involved were forced to go off script when it came to planning the event.

Martens would typically start planning everything in September. However, it wasn’t until mid-December that Martens, her contracting firm, and the City of Fort St. John had settled on the plan to go with a drive-thru tour of the ice sculptures, due to restrictions around public gatherings.

“People are grateful that it happened. High On Ice has become such a huge community draw — it’s about celebrating our winter and what we can do — and it would have been devastating if we couldn’t do it in some form or fashion. It’s become an ingrained thing that people look forward to,” said Martens.

The decision to hold the drive-thru came about as a result of it being the only format sanctioned by the province. It was all about necessity, but it stands out seeing that this was the only winter festival and ice carving competition in the country that went with a drive-thru event, and only one of the few festivals that still took place at all.

Martens acknowledged the community was disappointed there were no ice slides this year, but that they were determined to still do the best they could with what they were able to offer.

While the drive-thru is now closed, the sculptures are still up and people are able to walk in Centennial Park and view the sculptures, as long as they stay behind the barricades. The sculptures will stay up until the weather warms up and the ice starts to melt and become dangerous.

“Some people do miss being able to walk up and see the detail. This way they kind of get the best of both worlds. They get to do the driving tour, and now can still view the sculptures as they normally would. We’ll see how this could fit into the festival in the future,” Martens said.

Martens, who also plans events as the executive director for the Kiwanis Performing Arts Centre, sees a silver lining to the obstacles that have been thrown in the way this past year.

“Some of the things we had to do this year might become long lasting legacies of the festival, and we wouldn’t have ever thought to try it if it wasn’t for the different rule changes,” said Martens.

One of the new features was the event having a much higher profile online and through social media. There were videos of the tour for those who couldn’t attend, online videos from city council, and more. The public also voted for the single-block ice carving challenge this year through an online ballot, instead of by written ballot. It’s an example of a minor change that worked out in a big way, and could lead to new ways of doing things going forward.