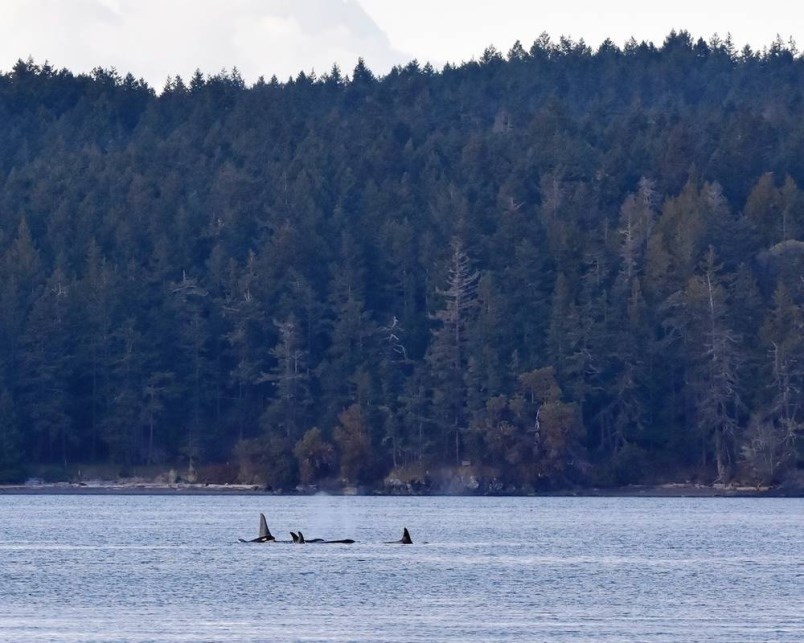 J-Pod was last documented in the Salish Sea on April 10, when they visited the San Juan Channel. Orca Behavior Institute

A pod of southern resident killer whales that has historically been documented in the Salish Sea every month of the year has not been seen in their summer habitat for 100 days, whale researchers say.

J-Pod, one of three pods of southern residents, was last seen on April 10 in the San Juan Islands, said Monika Wieland Shields, director of Orca Behavior Institute in Friday Harbor, Washington. Several decades ago, the pod was seen nearly daily in the Salish Sea, considered their core summer habitat, where they would feed on chinook salmon that returned to the Fraser River, she said.

“The fact that they’re not here is an indicator that that food is not here for them. So we’re concerned about the change in the ecosystem and food availability for these endangered whales and making sure that they’re healthy and able to get enough to eat,” Wieland Shields said.

Between 1976 and 2013, the pod was documented in the Salish Sea every month of every year, she said. Since April 2013, there have been sporadic stints without any documented sightings, “but never a stretch this long,” she said.

Researchers hope the whales are finding food elsewhere, but it’s not known where they are or if they’re finding enough to eat.

The other two pods, L and K, have not been documented in inland waters since late ­February, except a brief visit by K-pod to the Salish Sea on July 1, Wieland Shields said. Those pods have typically spent more time on the outer coast, so their absence is not as unusual, she said.