B.C. sets record for number of people in intensive care units with COVID-19 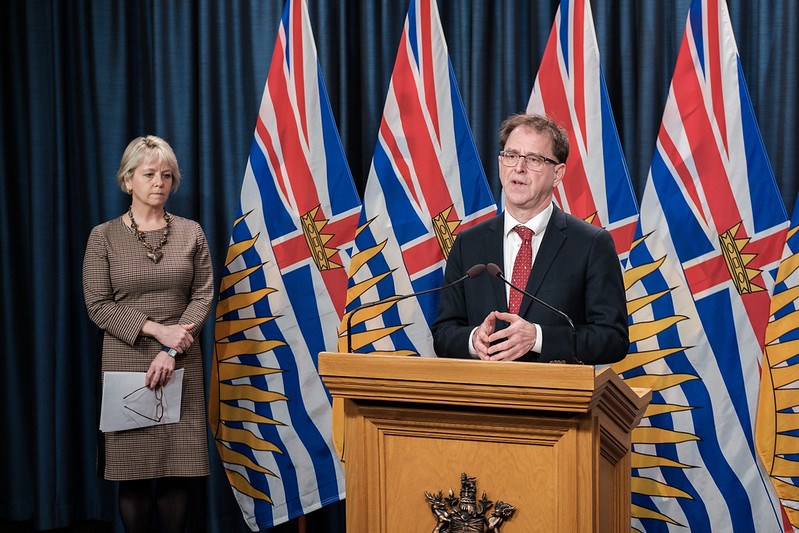 The number of British Columbians with serious enough COVID-19-related illnesses to be in hospital has been soaring in tandem with the rise of variants of the virus that are believed to spread more easily.

In total, 318 British Columbians are in hospital with ailments related to the virus that has spawned a global pandemic. That is the highest number since January 25.

The rise in serious cases of COVID-19 illness comes as the province recorded 23 more virus-related deaths in the past four days. That raises the death toll from COVID-19 in B.C. to 1,486.

The rise in the number of cases and serious infections comes as mutant strains of the virus are exploding, particularly the P.1 strain first discovered in Brazil.

B.C. has now detected 737 people infected with the P.1 variant. That number is more than 94% higher than the 379 people known to have been infected by that strain four days ago. Rumours have swirled that the Vancouver Canucks' recent outbreak of COVID-19 illnesses is from the P.1 variant.

Health officials are particularly concerned about the P.1 variant not only because it is believed to transmit more easily than the main COVID-19 strain, but also because there is some evidence that it may be resistant to vaccines.

So far no one in B.C. is known to have died from an infection with a mutant COVID-19 strain, but 588 people are actively battling infections with the others considered by the province to have recovered.

The rise in the number of variant cases, serious infections and overall spread of COVID-19 prompted provincial health officer Bonnie Henry on March 29 to launch what she called a "circuit breaker," by enacting new health orders, such as banning in-restaurant dining.

Since then, proprietors at restaurants, such as Gusto, and Corduroy, flouted those health orders and allowed customers to eat meals or snacks inside. This prompted a stern rebuke last night from the British Columbia Restaurant and Foodservices Association.

"The BCRFA urges the immediate closure, fining and business license revocation of any business who elects to defy health orders," the association said in a statement.

Today, the City of Vancouver followed up with the scofflaws by suspending their business licenses until at least April 20.

Health Minister Adrian Dix said in a mid-afternoon interview that the remarkable thing is really the adherence by restaurants to the health orders.

"The real thing that we should all be appreciative of, and recognize, is all of the other restaurants, which are in the thousands, in the tens of thousands, perhaps, across B.C., who are following the rules," Dix said. "We need to support them – those that are providing takeout – by getting takeout, if we can, and recognizing the impact on them. The way bigger story, it seems to me, is the 99.8% or 99% of restaurants that are following the rules."

There remain three outbreaks active at B.C. seniors' homes. They are:
• Fleetwood Place in Surrey;
• Longlake Chateau in Nanaimo; and
• Cottonwoods Care Centre in Kelowna.

B.C. workplaces with COVID-19 outbreaks could be ordered to temporarily close
Apr 9, 2021 11:45 AM
Comments