The Tumbler Ridge Museum is home to 450 million years of history, with a massive prehistoric fossil collection full of potential.

“Nowhere else has our timestamp. If you look at Drumheller, for example, it’s just one level. What really makes us unique is that we have 450 million years to today,” said Conlin.

“There is no provincial legislation which protects those fossils. Every year they go out and have to uncover what they’ve accomplished last year and start the work again. It’s quite a delaying process,” Betrand said, noting Tumbler Ridge has independently stored fossils on behalf of the province for 20 years. 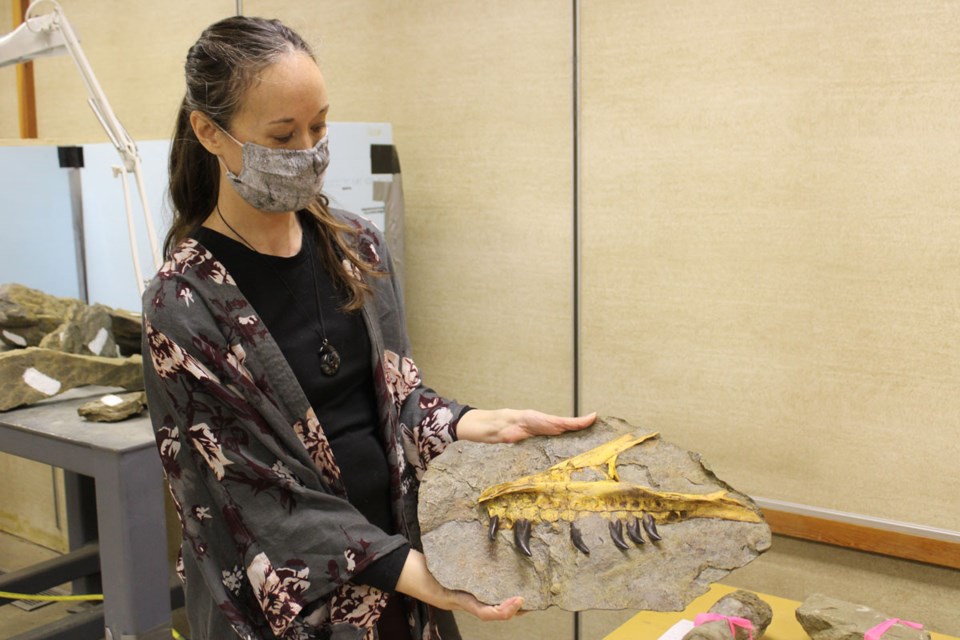 He added the museum’s ultimate goal is to set up a world class fossil repository.

“This is the exciting part for me, because this is the future of our museum. We just have to develop it,” Bertrand said of the fossils currently housed in storage.

The building itself is close to reaching capacity and would benefit from enhanced climate controls or a purpose-built facility, says Conlin, noting any new building would be designed with community use in mind.

“We want to build in a way that is sustainable, and has longevity. There’s other groups we can get involved that would make it a real cultural hub,” said Conlin. “Part of the bigger picture is to find what serves the community. There’s an opportunity for conversation on what this building can become.”

She added their aim is to ensure the museum is supported in the next 10 years and beyond.

In the meantime, plans are underway for a guest exhibit to be brought in from the Royal BC Museum later this year. The exhibit features the 'Ferrisaurus sustutensis', a new dinosaur species found in 1971 along the Sustut River in Northern BC.

A replica of a Torvosaurus, just one part of the rich prehistoric findings in Tumbler Ridge - March 12, 2021. By Tom Summer

“They’ve been really open with sharing knowledge, but it goes back and forth. We have a few things that will be going down to Victoria for display there. That relationship is very strong,” said Conlin, noting the two are collaborating on research into the Six Peaks Dinosaur Track site in Hudson’s Hope.

It’s the only known site in British Columbia, which features multiple species on one trackway, uncovered in the summer of 2016. Partial castings of the trackway are housed at the Tumbler Ridge Museum.

“It has that effect. What we’re trying to do is take these stories, the movement, the size, the scale, and bring that into the gallery,” Conlin said.

Tyrannosaurid tracks are rare, with only eighteen known worldwide, and 10 discovered locally, she added.