Kukpi7 Rosanne Casimir says much of the work so far has involved outreach and having initial conversations about the findings.
Jun 16, 2021 12:22 PM By: Kristen Holliday / Castanet 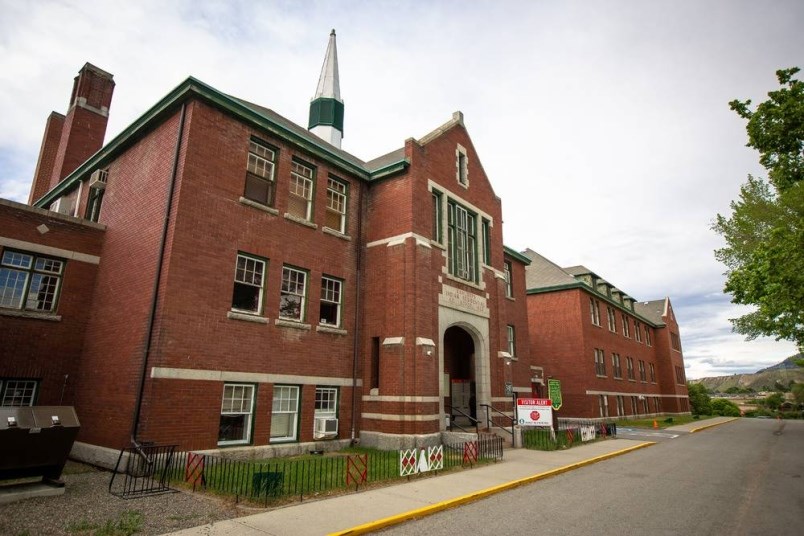 Tk’emlups te Secwepemc (TteS) staff have been gathering forensic archeology experts and developing a budget and preliminary time estimates for site work at the Kamloops residential school, according to an update from the band.

In a statement, Kukpi7 Rosanne Casimir provided an update on what council and TteS departments have been doing to follow up after ground-penetrating radar confirmed 215 children were buried near the residential school.

The findings were announced on May 27.

Casimir said the work has been the start of a “long and emotionally challenging process,” as she encouraged people to reach out to their loved ones, and to seek mental health supports if needed.

“For Tk’emlups te Secwepemc Council and I, as well as what we have heard in community, ceremonies, protocols and justice are top of mind for all. This is only the beginning,” Casimir said.

According to the statement, the TteS natural resource department has been conducting research about how the residential school campus was originally laid out. The statement said the band is in the beginning stages of having the area designated a significant heritage site under TteS law.

Casimir said the department is gathering archeological experts and developing a budget estimate for archeological work and time estimates for a preliminary project plan.

The language and culture department has worked to support cultural ceremonies, Casimir said, and has met with 13 family representatives to discuss the findings and future steps. The TteS museum is doing additional research on records associated to the residential school.

Casimir said a finance team is working on a preliminary budget for project resources to be submitted to the government.

A legal team has also been hired to support TteS, according to the statement.

Casimir said much of the work so far has involved outreach and having initial conversations about the findings.

She said there have been meetings with families, residential school survivors, Indigenous leaders, former chiefs and councillors, political figures from across Canada and a United Nations representative.

In the statement, Casimir said Tk’emlups te Secwepemc is accepting donations which will be put toward scientific and archival work. Later, funds will go toward memorializing the children.

She said future memorialization will be done “in collaboration with and shaped by TteS members, home communities and families of the children.”